Distinct design ranks among the primary reasons why visitors and new residents stop to admire what certain cities have to offer. These 10 cities have charm and culture that come to life through architecture.

What speaks more about a charming city than the unique architecture behind it?

A city’s history, culture, and architectural design gives each a distinct personality often reflected by its people as well. While there are many reasons to visit a city, architecture is atop the list for many. With this in mind, we have gathered a list of 10 of the most architecturally interesting cities in America. The tech capital of the world is also one of the most architecturally profound cities in America. Iconic images abound throughout the picturesque city ranging from cable cars, to windy Lombard Street, and of course the Painted Ladies.

The city’s design is a perfect balance between old and new, with historic landmarks like the Golden Gate Bridge and Alcatraz. Within the same skyline view of the city you’ll also see the modern marvel of the Salesforce Tower. At every turn, San Francisco has something unique to offer. When you think of Charleston, your mind probably goes to the infamous Angel Oak and Willow trees throughout the city. And, of course, Civil War Era architecture in every backdrop.

The old southern city of Charleston is an American beauty that takes you back in time. The city is home to many well-preserved buildings from the colonial era, such as the Battery and White Point Garden. These landmarks offer a stunning view of Charleston Harbor, and are a popular spot for visitors to see the city’s famous Fort Sumter. Music City is known for its country roots and stunning live music venues. However, the city is also home to some interesting architecture. One of the most popular tourist attractions is the Ryman Auditorium, which was originally built in 1892 as a tabernacle for Methodist Church services.

The auditorium has since been used by some of the biggest names in music, such as Elvis Presley, Johnny Cash, and Dolly Parton. The building has a Gothic Revival style with beautiful stained glass windows. Otherwise, a trip down a block throughout the main strip (Broadway) has lively views including bright lights, rooftop bars, and even a replica of the Parthenon.

Salt Lake City has a special feel and design, where much of the architecture is inspired by the Mormon religion. This can be seen in buildings such as the Salt Lake Temple, which has six spires and an angel Moroni statue on top. The temple took 40 years to build and is one of the most popular tourist attractions in the city.

There are also many other architecturally significant buildings, like the City Creek Center, which is a gigantic outdoor shopping mall with a retractable glass roof. The mall has an artificial creek running through it, giving residents a break from the heat in the summer. Wherever you go, you’ll also have the Rocky Mountains in the background–you don’t want to miss this! Orlando is a top tourist destination for many reasons, one of which is the beautiful architecture throughout the city. One of the most popular attractions is Universal Studios, which features many iconic buildings from popular movies and TV shows. For example, guests can walk through Diagon Alley from the Harry Potter series, or visit Springfield from The Simpsons.

In addition to movie-themed architecture, Orlando is also home to some of the most unique hotels in America. The Gaylord Palms Resort & Convention Center is one such hotel, which features an atrium with a glass ceiling that resembles a butterfly. The resort also has lush gardens and fountains, making it feel like an oasis in the middle of the city. Boston is the birthplace of the American Revolution and everything from the city’s layout to architecture make it unlike anywhere else. As you walk from one place to another, the narrow and uneven cobblestone sidewalks will immediately become apparent. You’ll also find that many houses are made of brick. Perhaps the most infamous area to see this is on Acorn Street in Boston’s Beacon Hill neighborhood. Another beacon of history in the city is Fenway Park, which is the oldest baseball stadium in Major League Baseball.

In addition to history, Boston is also known for its abundance of colleges–each with unique campuses. Most notably, right across the Charles River in Cambridge, you’ll find Harvard. There’s plenty to see in Boston if you need a break from sterile city life elsewhere. New Orleans is the most European city in the United States. Within minutes of wandering the streets, you’ll see a blend of French, Spanish, and southern architecture. The city is full of Creole style townhouses that blend together the influences of many cultures to make something unique to New Orleans.

When visiting, be sure to check out the Doullut Steamboat Houses, the World War II Museum, and the St. Louis Cathedral to get a feel for the variety found here. You’ll also see much of the cobblestone streets you would in Boston and the southern charm of places like Savannah and Charleston. For much of its history, Chicago was known for linking the east to west. As one of the most prosperous cities during the Industrial Revolution, the late 19th century architecture is ever present. You’ll see many skyscrapers that were the first of their kind along the city skyline like 875 N Michigan Ave and the Aqua Tower among many others. Other notable places with can’t-miss design include historic Wrigley Field, TheMart, the Rookery Building, and the Chicago Cultural Center. 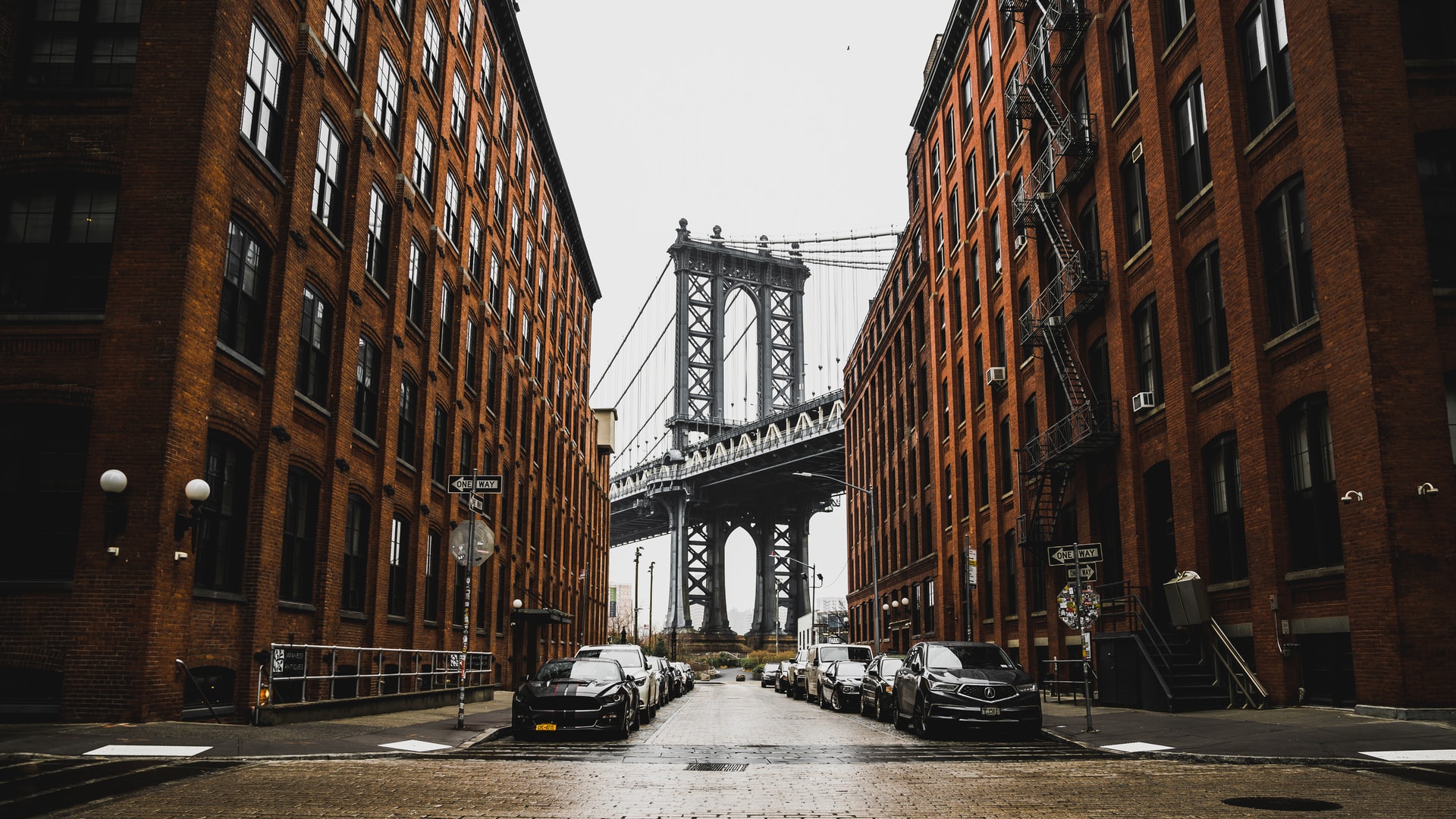 The “City That Never Sleeps” is one of the most easily recognizable cities in America, if not the world. Tourists from across the globe come to see the Empire State Building, Grand Central, Times Square, and the Statue of Liberty.

Being the trend setter that it is, New York isn’t just a place to see skyscrapers. Go to the Brooklyn Bridge to see a timeless treasure and venture to Brooklyn to check out hipster graffiti. With five boroughs to explore, you’ll never be bored in the Big Apple. 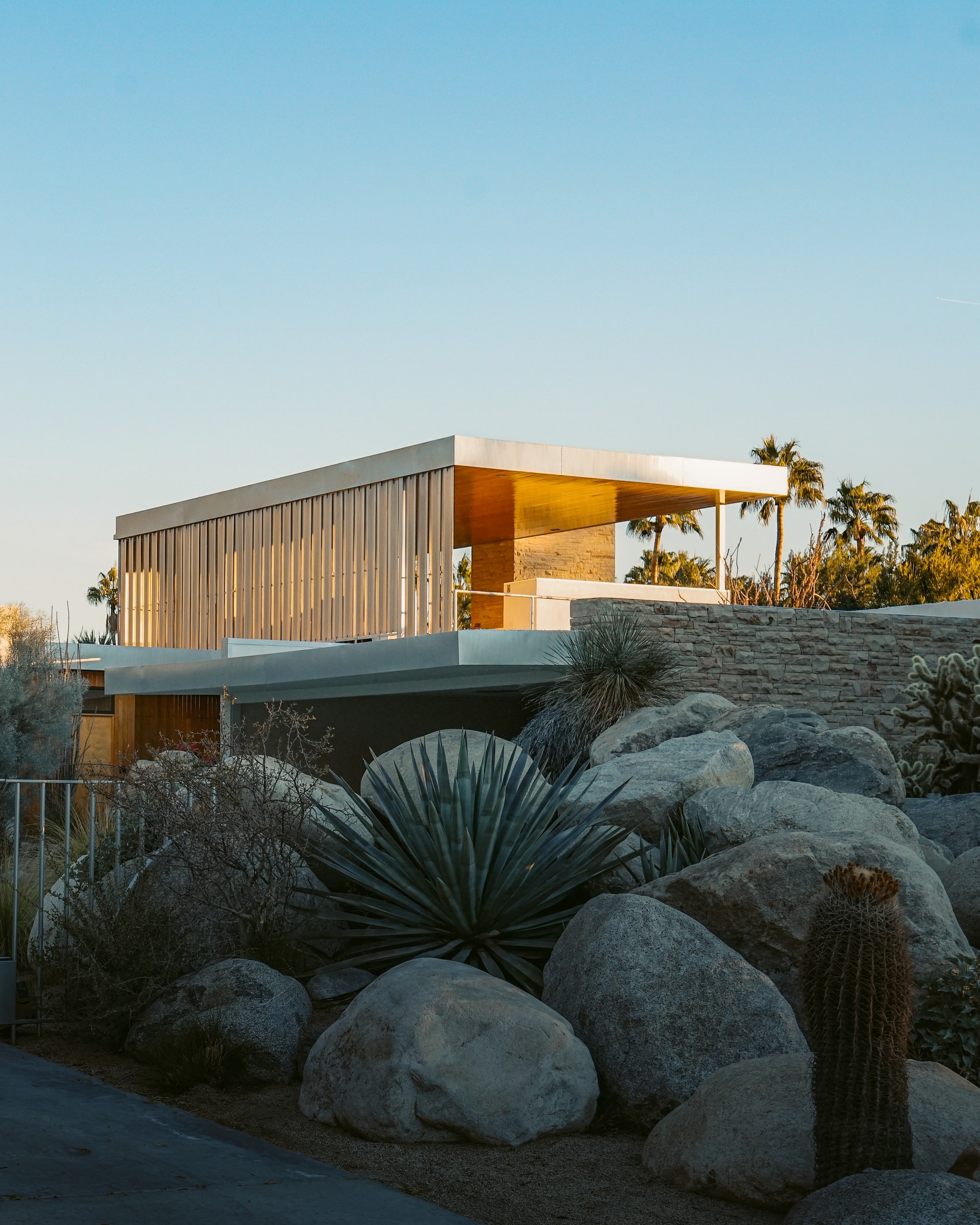 Palm Springs is a paradise in the desert. Aside from being a resort getaway for many, it’s also the home of mid-century modernism. More precisely, the birthplace of Desert Modernism which is best characterized “by its minimalist clean lines and the seamless blur of indoor and outdoor space.” Renowned architects flocked to this desert town, leading to marvels such as Palm Springs City Hall and Frank Sinatra’s “Twin Palms” Estate. For those looking for something distinct, look no further than Palm Springs.

Architecture is the backbone of almost any city’s special charm. It can be the first thing you notice upon visiting, or something you come to appreciate after living there for a while. These American cities are known for their breathtaking architecture, which ranges from historical landmarks to modernized, contemporary buildings.

Whether you’re an architecture buff or just looking to enjoy some beautiful views, be sure to add these cities to your travel list.