Bubble Babble: Housing Market Is Scalding Hot, But No, It’s Not a Bubble

Following a story CNBC published on Google searches related to the housing market crash, at least half a dozen articles popped up warning about the formation of a bubble.

While it might feel like we’re in a similar housing market bubble circa 2006, it’s not the same. There has to be a reason for the housing market to crash — for there to be a bubble in the first place — and all signs point to a continuation of the torrid housing market. Historically, a bubble forms and bursts due to banks’ use of risky financial products, a larger supply of homes than demand, or enough speculative activity from investors to drive prices up very high. None of these market conditions are happening right now, and here’s why.

The current pool of mortgages

The mortgage data loan origination cohorts reflect record credit scores and relatively low loan-to-value ratios, which means that buyers with only the strongest track record and largest down payments can win a bidding war to buy a property, and new mortgages are mostly extended to credit-worthy borrowers. 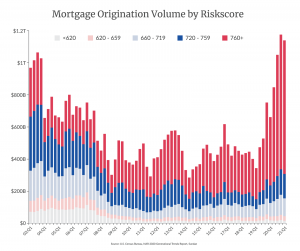 The 30-year fixed-rate mortgage average spiked to 3.18% on April 1 and dipped again below 3%, keeping the cost of monthly payments low, perpetuating the FOMO (fear of missing out) of those fearing the rates will never be this low again.

FreddieMac estimates the housing shortage had increased to 3.8 million units at the end of 2020, a 52% increase compared to 2018, while almost 15 million millennials will age into their prime home-buying age of 32 over the next 3 years. 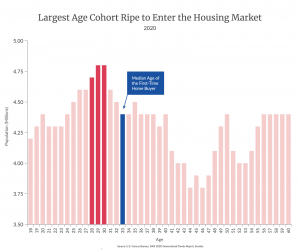 What’s even worse, the number of new homes constructed below 1,400 square feet (entry-level homes) collapsed after the Great Recessions and hasn’t recovered. 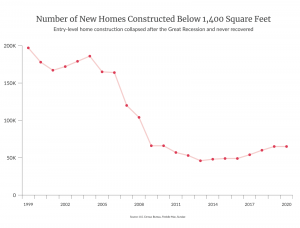 Meanwhile, stimulus put money in people’s savings accounts and COVID-19 forced them to save on going out and vacations in the past year. The personal savings rate — the percentage of people’s income remaining each month after taxes and spending — skyrocketed to a record 32.3% in April, up from 12.7% in March, according to the U.S. Bureau of Economic Analysis.

With forced savings and stimulus help, more renters entered the buyer pool or could save up to buy a house sooner than expected. Before the pandemic, buyers cited down payment as being the most difficult part of the home-buying process. In the post-pandemic world, it might be a combination of down payment and fierce competition.

Investor activity has definitely picked up, but it has to increase significantly in order to drive prices up high enough for buyers to back down, and while more and more investors are likely to enter the real estate space because the risk of perceived inflation is high and real estate is a good inflation hedge option, the cost of owning a home is still lower compared to a year ago. It’s not about the value of the house as much as it is about the monthly payment. 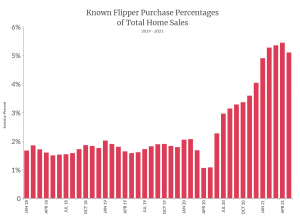 It’s always a possibility that with a combination of low mortgage rates, a housing supply crunch and Millennials coming of age, things will get out of control. However, it takes a long time for demographics to work their way through, and it takes a long time for builders to ramp supply. Millennials are going to remain a strong force in the housing market for the next 3 to 4 years.

The pandemic has had two major effects on people doing well enough to be prospective homebuyers.

You layer these factors into a housing landscape where inventory hasn’t kept up with demand for a decade, and you have a hot market that will only get hotter.

Bubbles are unavoidable, but it’s not happening yet

Bubbles will always be around. One of the reasons they happen is because most people follow the path of least resistance and don’t like to think for themselves, but follow what others are doing. This has been studied again and again by behavioral economists. Every generation has its own bubble-forming behavior around a new trend — the house-buying frenzy of the 1980s, followed by the dot-com business buying of the 1990s, followed by the college enrollment craze of the 2000s, and the cryptocurrency buying in the 2010s.

Millennials created a college tuition bubble that just might burst accelerated by COVID-19, or it might become the norm for future generations. Similarly, our most educated generation so far is aging into homeownership, and they can afford to pay for properties, while we don’t have enough homes. Does this mean there won’t be another housing bubble? Probably not. Just not while new construction is so slow to ramp and builders are sensitive to any kind of changes and pull back at the first sign of trouble.