5 Predictions for Residential Real Estate in 2022

2021 was one of the best years on record for residential real estate. The market is poised for a strong 2022, but it’s important to account for change.

Over the past few years, residential real estate has been impacted by a number of factors. The onset of 2021 symbolized a transition from the uncertainty 2020 brought. Gradually, life became more “normal” as the COVID-19 vaccination rollout began. People started going back to the office for work in some cases and many felt comfortable enjoying leisure activities like dining out once again.

During this same period of time, real estate prices across the country soared to record highs. The demand for housing remained high while inventory continues to lag. This resulted in seemingly unprecedented growth as housing prices increased by 19.7% in 2021.

As we approach the new year, there’s plenty of reason to remain optimistic about real estate. However, we can expect change since no two years are exactly the same. A variety of factors combine to generate new trends and outcomes. Looking ahead to 2022, there are five key factors that will impact real estate.

At present, home appreciation is at unprecedented levels. This record-breaking growth is unsustainable over the long term. As such, 2022 will likely see price growth decelerate.

The main drivers behind the housing market include demographics, interest rates, government policies, and the economy. Three of these will continue to push prices up, but rising interest rates will surely contribute to slowing the pace of appreciation in 2022. This will cause above average, not astronomical appreciation rates.

The largest millennial cohort is coming into its prime home buying age. They are entering the market in droves and competing for the limited supply of houses.

It was previously believed that there were factors holding them back from buying, most notably: student loans. Student loans no longer serve as a roadblock for being able to buy a house.

The student debt to income ratio has gone down due to a variety of factors. Wages are rising as employers try to attract talent. This has allowed millennials to save more money. Another crucial element is that interest rates are incredibly low. As a result, millennials are locking in lower monthly payments than the generations that preceded them.

Government policies and the economy

Current government policies call for more spending and job creation. The Build Back Better Act would increase spending by $2.1T over the next 10 years. In doing so, there will be more money for real estate related activities as well as excess capital for spending.

Another thing to keep in mind is that banks are not as reliant on borrowing from the Fed in order to make loans. Their retail deposits have gone up and they can borrow from those at 0%, so interest rates aren’t likely to spike too high or too fast.

Though appreciation will decelerate as interest rates increase, real estate remains well-positioned. It’s important to remember that the historical average ranges from 3% to 5% annually, so anything above this is considered above average. While it won’t reach record highs again, expect house values to continue to yield above average appreciation.

2. The flood of foreclosures will not be coming

According to ATTOM Data Solutions, foreclosures increased 34% over the second quarter and a 68% jump from a year earlier. The actual volume is well below historical norms. According to the Black Knight Mortgage Monitor, the 4,000 foreclosure starts seen in October are more than 90% below 2019 levels. Despite a rise of 3,000 for the month, active foreclosure inventory remains near an all-time low.

When the housing moratorium expired in July, foreclosure filings initially increased (for the first month). Most were a result of the dusted off NODs filed pre-pandemic. Sellers in this category will be able to sell pre-foreclosure because of robust equity gains over the past year.

Even serious delinquencies, which include those 90 or more days past due, saw significant declines. As the first wave of forbearance entrants reached the end of their terms and returned to making payments, there was a greater than 10% decline (-127,000). Servicers will be reluctant to start foreclosure proceedings and pursue all possible workout options first.

Gateway cities are hubs that play significant roles in economic activity for a given region. Historically, these have included places such as Boston, Chicago, Los Angeles, Miami, New York, and San Francisco. These gateway cities have produced the largest number of jobs with the highest median incomes. Consequently, real estate prices skyrocketed and outperformed median U.S. home prices for the last several decades.

With the onset of COVID, people began rethinking their lifestyles. Many opted for more space and homes that could accommodate office space or flex rooms.

To find this, people sought (and continue to seek) lower cost areas within driving distance of their offices. In doing so, they could make the same amount of money, but benefit from lower prices. Consequently, employers have accepted remote and hybrid work schedules as the new normal. They followed suit, looking for lower-density offices in suburban areas. 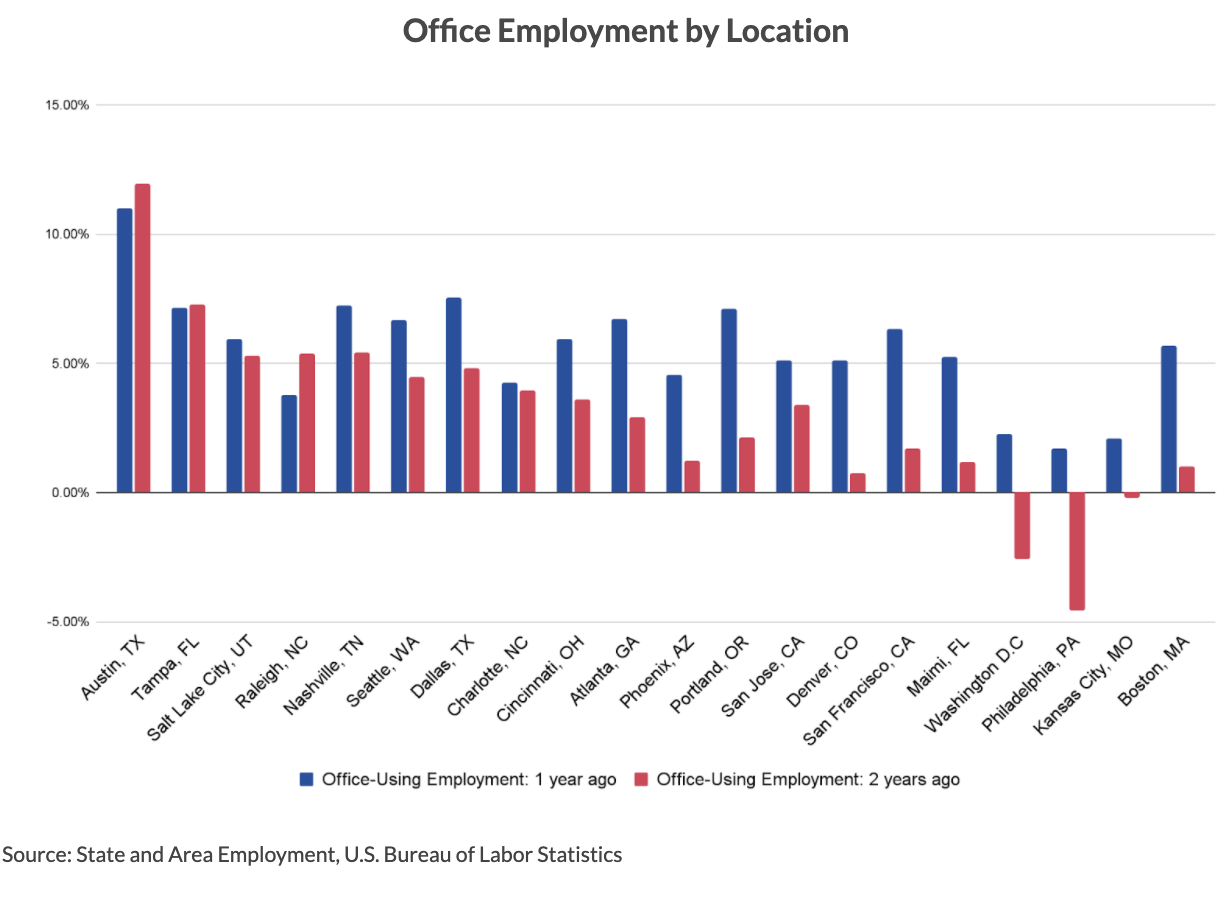 Metros such as Austin, Tampa Bay, Salt Lake City, Raleigh, and Nashville are poised for continued growth in 2022. These locations have the most suburban office space or recently added more. As the trend towards suburban office space continues, look for areas within driving distance or close proximity to traditional gateway cities to thrive.

4. The traditional view of affordability will change

By conventional metrics, the current housing market would appear unaffordable for first-time buyers. Even with higher home prices, millennials and other first-time buyers are entering the market. The most recent surge in real estate pricing has called into question the validity of traditional housing affordability measures across the board.

Traditional affordability calculations are limited. They don’t include stock market gains, homeowner equity gains, or gains in the crypto market. These drastically change the appearance of someone’s financial situation and what they can afford.

While inventory is at an all time low, competition for housing remains strong. Part of this is due to lower interest rates. There’s also accumulated wealth that’s being overlooked. Move-up buyers saved more during the pandemic. They were able to pause mortgage payments, collect stimulus checks, and benefit from equity gains in their homes. As a result, they had more buying power and could afford a pricier property.

First time home buyers also benefited from stimulus checks and less spending during the pandemic. Additionally, there’s a generational wealth transfer occurring. Those who previously viewed a down payment as a barrier to buying a home now have help. Boomers are giving their millennial children money for down payments. Not only does this serve as a tax free way to transfer wealth, it also increases buying power.

5. Blockchain will have a bigger impact on real estate

Blockchain is well-known for supporting crypto currency investing. In 2021 alone, the number of those using digital wallets like Coinbase grew exponentially. Look for real estate to incorporate blockchain as enthusiasm for tokenized investing increases. 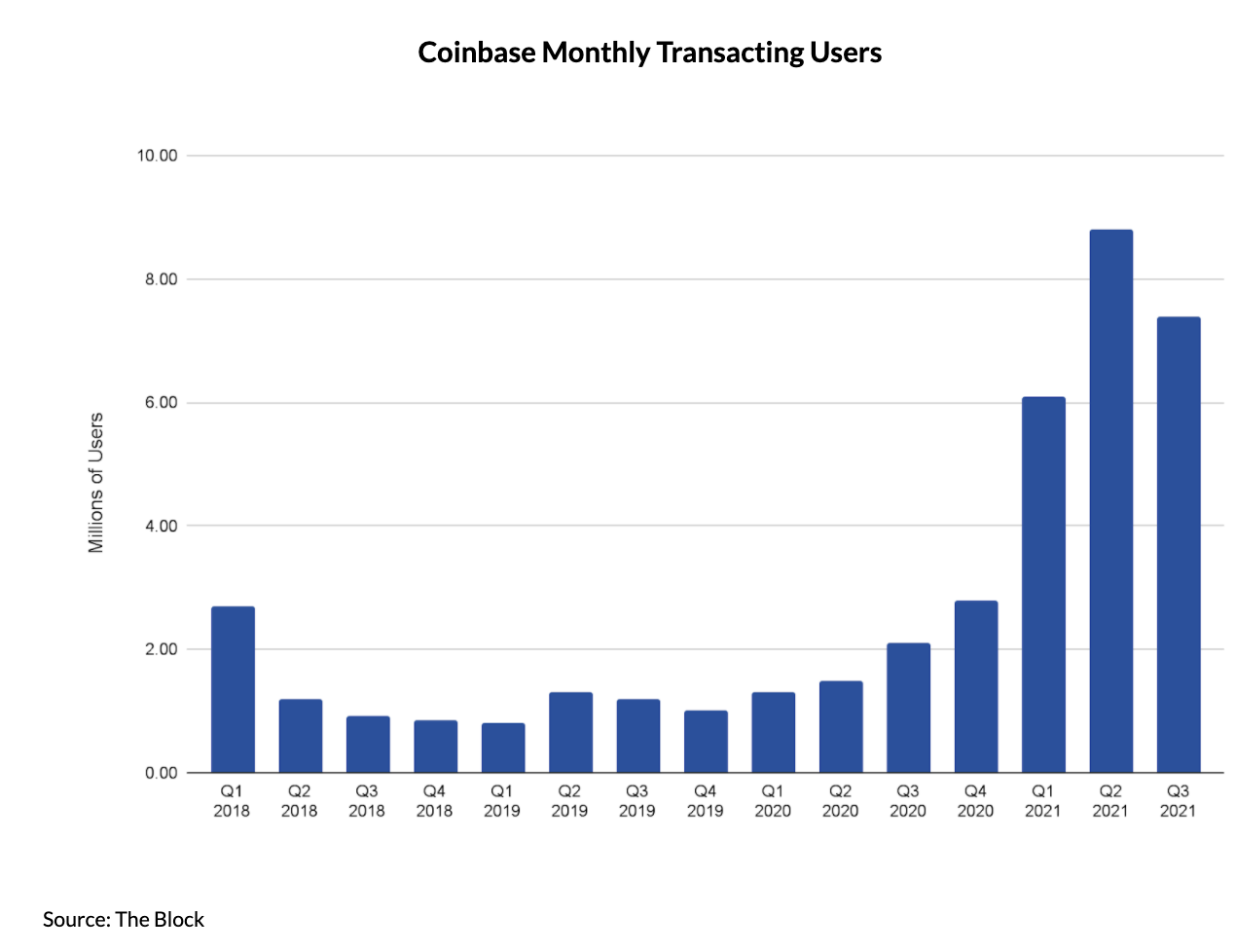 The process of investing in the single family home rental market has been challenging or off-limits to many investors. Real estate is typically bought and sold as whole units instead of fractions, like most securities. That means only those with enough capital to purchase a property can participate. Fractional ownership (buying shares of real estate) would enable anyone who wants to invest to do so without having the funds for an entire property transaction.

Real estate is positioned well going into 2022 with continued demand and limited supply. It also serves as a hedge against inflation, which is especially relevant given the current state of inflation in the United States. This doesn’t necessarily mean that the market will look the same as it did in 2021, though.

As the market evolves, the factors mentioned in this article will play a significant role in real estate throughout 2022 and beyond. Those who find the opportunity within each change will be rewarded. Stay attuned to how the landscape changes and look for ways that you can benefit moving forward.

Sundae's co-founder and CEO, Josh has a history leading companies that operate at the intersection of real estate and technology. Prior to Sundae, Josh was Founding Partner and SVP of Sales at LendingHome, and before that, he was Co-Founder and CFO of Purpose Built Investments. Josh graduated with honors from Stanford with a BA in Economics, BA in Spanish, and an MA in Latin American Studies with a focus in Economic Policy.